I wrote a post about Anonymous P2P back in 2008 and basically concluded that it was too slow and didn't have enough files to be useful.  Well, 5 years later, I can now come to a different conclusion.  While it's not as fast as regular old Bittorrent, and it doesn't have nearly the selection that Pirate Bay does, I2P is now faster and has enough files on it to at least be useful.

I2P is basically a service that gets installed to Windows (or Linux) and then you access the user interface through your web browser.  Its interface is pretty easy to use, but a lot of the buttons don't make sense when you first start using it.  This is because many of the items are links to eepsites - which are web sites that people run exclusively through the I2P network.  These eepsites are often some guy's personal web site with a bunch of links and useful information. 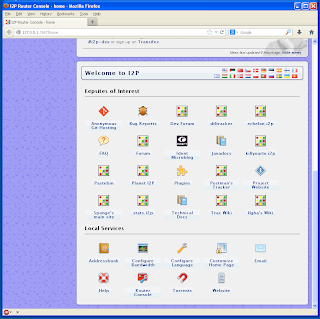 The way I2P works is it is an overlay network that runs on top of your internet connection.  The data you send through I2P gets encrypted and proxied through the network.  So you can run pretty much anything you want through it.

While you can use I2P like Tor and browse the regular internet through it, I2P provides many services that stay within the I2P network, like Bittorrent, IRC, and the aforementioned eepsites.  It also should be noted that I2P's "exit nodes" are much slower and less reliable than Tor's, so you'll want to use the internal I2P services whenever possible.

I2P has a Bittorrent client built in to the web interface called I2PSnark.  In it, you can click on links to the 3 (as of this writing) Bittorrent trackers in I2P and browse or search for the files they have.  There's some newer stuff on there, but you probably won't find anything obsecure or cutting edge.  Download and upload speeds were pretty good though. 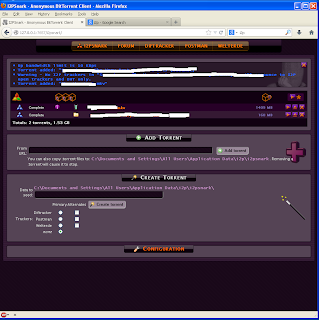 Overall my experience with it was pretty good, but it still doesn't have nearly the selection that the regular torrent sites offer.  The program has come a long way in 5 years, and I hope it only gets better from here.
at July 07, 2013 No comments:

I was having a problem with audio latency in VMware Workstation on my Windows 10 guest.  I found an article that helped me fix it. Ever sin...